Somewhere, in a parallel universe, when it came to deciding upon people worthy of merit and our adoration, we would vote for our quintessential movie star instead of one of these imbecilic so called politicians. Nothing against those who form part of our government but Leo is better.

Leo is like no other mega star. You have your timeless looking Clooney or your boyish Cruise or your unblemished Pitt. Leo has them all covered. Leo is slightly mysterious yet eminently likeable. He is unmistakably glamorous yet bravely simplistic. He has more charisma than Michael Buble and James Franco combined. In all of his roles he soars off the screen with passion, intrigue and power.

His movies are phenomenal in so many ways, as I will proudly illuminate. Let me preface this list by saying I am not a critic or an expert. The ratings are based purely on the brilliance of the movie and the impact Mr. Leo had on making the movie spectacular.

I could go on ad nauseam about many of these but the point of a top 5 list is to cut them down and unfortunately these didn’t make the list.

The Basketball Diaries, Shutter Island, The Beach, Romeo and Juliet, Gangs of New York and The Departed.

A recent remake of a classic novel. Leo was the centerpiece in a masterful portrayal of the 1920s in New York City. Playing a millionaire with a waterside mansion to go with a bottomless wardrobe, Leo excelled. A charismatic, untouchable and sophisticated performance was pulled off with aplomb.

I still cannot recall if the spinning top fell or not at the climax of the film. A multi layered dream scheme not for the faint hearted. If you understood the insane complexity of the plot you are far smarter than I am. A thought provoking and head-scratching movie rarely eclipsed in the last few decades. Leo led the cast in a supreme role.

To prove he was not a 7 trick pony, Leo added a memorable accent to his bulging repertoire. If you have not heard of ‘Rhodesia’ watch this film and get back to me.

An epic of epic proportions. A classic for the ages. This 3 hour marathon love story gave every man hope that class is not where you come from but how you wear a suit. Leo pulled off ‘Jack’ like no one else could. From teaching an upper class gal how to ‘spit’ to a sliding sweaty hand down a fogged up car window. I cannot think of a more iconic movie and Leo is once again front and centre.

I am sure a slightly controversial selection but for me a clear numero uno. Leo plays a 16-year-old kid who leaves home and becomes a master check forger. A superb story of swindling, effortless deceit and artistry. Boyish allure and more buckets full of charisma make this Leo performance truly believable. 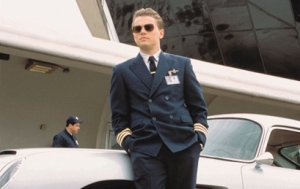