Invisible Children Inc… What’s that? It is another 1 hit wonder.

A 29-minute film was released and it captured the hearts and minds of millions of people around the world. It was certainly well executed and the deeds of African fugitive Joseph Kony were spread onto screens across the globe.

As captivating as the film was, it was a fleeting protagonist in the wide world of Internet sensations. Like most viral videos, its life span was limited, and this momentary triumph was followed by the inevitable plunge into insignificance.

As it stands, a high percentage of the KONY 2012 viewers would have little to no insight as to where its plight stands today. But most may still recall a TMZ video of one of the KONY 2012 founders, Jason Russell, on a street in San Diego having a meltdown whilst devoid of clothing.

Regardless of the intention of the KONY movement, it is a classic depiction of the one hit wonder. It had a phenomenal peak and a dramatic descent. 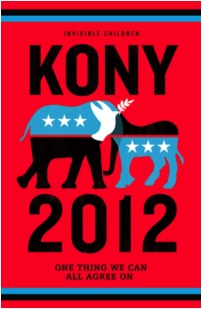 Where to start with planking…

Laying motionless in a precarious destination and getting a friend to capture the moment. This activity had a variety of guises before it was aptly named by a South Australian lad who participated in the activity frequently. It seems strange and exceptionally hard to believe it became a widely popular activity, but then again, so is the fact synchronized swimming is still an Olympic sport. Pictures popped up of all sorts of people in many ridiculous places with their friends as they engaged in ‘planking’, so much so they even created a dedicated website .

Jobs were lost, lives were endangered and unwitting onlookers were undoubtedly gobsmacked at witnessing such an unusual occurrence. 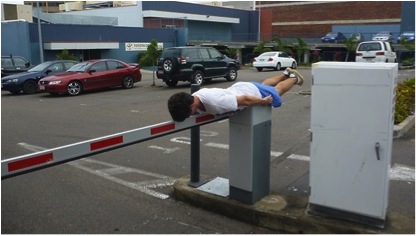 It is not hard to anticipate why this craze didn’t stand the test of time. Bored and curious youths obviously progressed to the next fad or phenomenon. I am not sure how you explain this one to your children in 2020 when they are asking, “Daddy, what did you do for fun when you were my age?”.

Before phrases such as X-Factor, Subo and One Directioner entered our vocabulary, there was another fame factory at work on network television, the oft forgotten Popstars. This launched several notable and many more unnotable careers, but none more hyped than that of Scott Cain. Blonde haired, blue eyes, personable and vastly appealing to the tween market (before the term tween even existed, Cain won the winner of the third series of Popstars in 2002. He then entered the charts at #1 with his first single ‘I’m Movin On’ but much like Rob Mills One Night in Paris, his visit was a short and singular one and any further performances did not rank highly enough to arouse public interest.

Being the product of a talent factory, the focus on Cain revolved more around his person as a celebrity rather than his musical career, so unlike our friends The Knack who are as well known as their one hit wonder, having neither much musical talent or celebrity, Cain has since faded into oblivion. It will forever be a mystery why the career of a grown man who rode around on a skateboard in his video clips, wearing his hat an angle and with one singular dance move that strongly resembled a dog on the dashboard, never really took off…